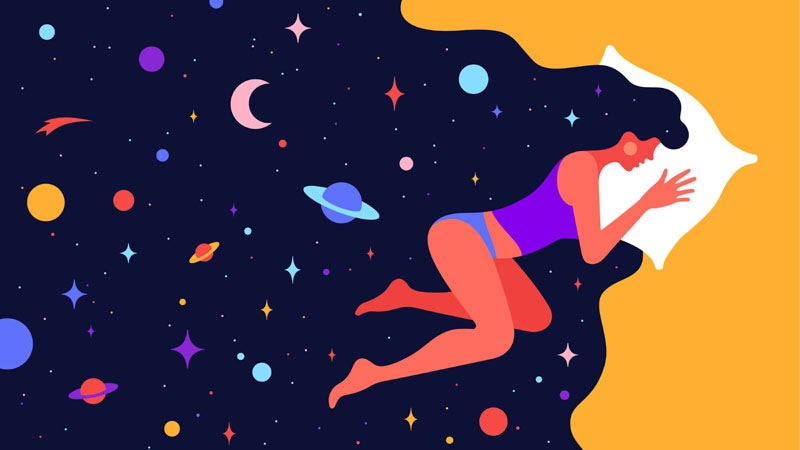 What you experience in your dreams might feel random and disjointed, but that chaos during sleep might serve a function, according to Erin Wamsley, PhD, an associate professor of psychology and neuroscience at Furman University in Greenville, SC. In fact, evidence uncovered by Wamsley and her team suggests that dreams can prepare the mind for future situations it will encounter.

“This is new evidence that dreams reflect a memory-processing function,” says Wamsley, who presented the work at the virtual SLEEP 2021 conference.

Some high performers already use past experiences to excel in future events. For instance, Michael Phelps, the most decorated Olympic swimmer, with 28 medals, would “mentally rehearse” his swims for up to 2 hours a day, according to his coach, Bob Bowman.

Using sleep to strengthen this process is an exciting prospect that scientists have been eager to figure out, says Allison Brager, PhD, director of human performance at the U.S. Army Warrior Fitness Training Center. Deep, rapid-eye-movement, or REM, sleep can lead to improved learning and memory, she says. “So, hypothetically, better dreams mean better sleep, and that equals better performance.”

For their research, Wamsley’s team hooked 48 students up to a polysomnography machine to measure sleep cycles and how often they were in a deep REM sleep. The students who took part in the study spent the night in a sleep lab.

The students were woken up multiple times during the night and asked to report what they were dreaming about.

And this was also more common later in the night, possibly because the dreamer is closer to waking and the anticipated event is approaching, Wamsley says.

Studying dreams is a tricky, subjective business and not always taken as seriously as other aspects of sleep and neuroscience because it involves questions of human consciousness itself, says Erik Hoel, PhD, a research assistant professor of neuroscience at Tufts University in Medford, MA.

In a recent report published in Patterns, he suggests that our weirdest dreams help our brains process our day-to-day experiences in a way that enables deeper learning.

“This type of research is challenged by the method,” Hoel says.

In the Wamsley study, “waking people up from a deep sleep and asking them to recollect their dream content will only get you part of the experience because it fades so quickly.” That said, the value of connecting what happens as a result could be meaningful, he says. For example, study participants could be asked whether their future event went as planned and whether they think the outcome was related to how well they “prepared” in their dreams.

Even then, it would still be a subjective analysis. But going in those directions might lead to meaningful new training, Hoel says.

And training yourself to recall only specific memories right before sleep might prepare your mind in a focused way for certain events, from giving a presentation to having a difficult conversation with someone, or maybe even winning at the Olympics.